Barclay’s encourages audiences to Scan For A Scam

We will get back to you shortly.

There's not been much to celebrate in recent times but heading into a new year is a great time to reflect on the path we have taken to get to where we are today. 2021 marks Limited Space's 19th year of operation and we have had plenty to celebrate including a number of game-changing campaigns and some award-winning work along the way.

Our first ever Adlift campaign: the format provided the ideal medium to marry the new album artwork an audience primed to still make physical music purchases in a retail space.

The success of the campaign cemented our belief in the format as a building block for exposure-focused campaigns and helped shape the portfolio which now stands at over 500 panels across the UK.

In 2007, we created what has now evolved into our Panoramic format with a unique execution that saw The Simpsons Movie take over the back of the lift shaft in West Quay, Southampton.

Using classic branding across the base banner of the site and characters on the back of each lift moving up and down between levels, created an impactful campaign that set the scene for future activations.

Our Panoramic campaign for Oreo demonstrated the outstanding effect classic branding can have when matched with the perfect platform. Oreo biscuits were showcased on the back of lifts that ‘dunked’ into a glass of milk displayed across the bottom lift shaft hoarding as the lift moved down.

In 2012, we launched our new showcase digital network of high definition LCD screens complete with full audio, artwork wrap and a unique display window. Citizen was our launch advertiser, running with dynamic digital content alongside a physical display of watches inside the built-in window.

In 2012, we worked with Coty to drive awareness of their latest fragrance, ‘Dot’ by Marc Jacobs, and distinguish it from other fragrance brands present in retail destinations at the time.

We imagined an alternative to the existing hanging banner advertising opportunity and delivered a giant hanging perfume bottle, a perfect replica of the ‘Dot’ bottle, that captured visitors’ attention and delivered significant stature.

An award-winning activation for Danone saw consumers challenged to take on an interactive game, promoting Volvic ‘Juiced’. Using our ground-based Orbit screens, visitors were challenged to squash falling apples by splatting them on-screen. Winners were presented with prizes as well as samples handed out by on-site brand ambassadors.

Our award-winning ‘Connected Media’ campaign for Citizen Watches created an unmissable presence for the brand in the weeks prior to Christmas 2014.

Citizen Watches’ creative was present on multiple touchpoints including lift doors, digital screens, a unique atrium banner installed between two levels of the centre, brand ambassadors and WiFi ads. The final innovation came in the form of touchscreens installed next to the lift call buttons that enabled consumers to enter an exclusive competition.

Universal made the most of our brand new rotating Orbit screens to promote their new Despicable Me 3 film. Running both landscape and portrait copies of the film trailer complete with sound, the campaign showcased bespoke animations during the rotational periods that saw Gru battling with his minions for screen time.

When PUIG were looking for the ultimate cut-through format in the build-up to the battle for top Christmas fragrance, we worked with our property partners, Hammerson, to deliver a unique solution.

Taking space on the underside of the ceiling in Bullring, Birmingham, we positioned Paco Rabanne’s ‘Millions’ directly above the major pedestrian thoroughfare outside stores such as Debenhams, with the largest piece of advertising ever installed in a UK retail destination.

Using our ground-based screens as a digital backdrop for experiential activity, Clinique created a direct touchpoint with their consumers in the wider retail setting before guiding them in-store to explore their new ‘Beyond Perfecting’ range further. With brand ambassadors on-site to hand out sample pots, consumers were directed to their nearest Clinique counter in order to have a skin match sample made up for them to take away and try.

Engagement levels soared: in total, across two three-day periods, over 6,000 sample pots were handed out to members of the public, an average of 1,000 pots per day.
In fact, the campaign was so successful that Clinique booked a repeat activation for their ‘Even Better’ skincare range.

Looking to inspire kids through amazing experiences and creative play, LEGO approached us to create an engaging interactive campaign, just in time for the cinema release of Solo: A Star Wars Story.

Taking advantage of our Orbit Ownership format, LEGO invitesd visitors to ‘Master the Force’ in a campaign which incorporated gesture sensor technology, enabling passers-by to choose a side and start building spaceships using on-screen LEGO bricks.

With activations running in both Bluewater Shopping Centre and intu Metrocentre, LEGO encouraged deeper levels of engagement by inviting participants to ‘take a photo with the crew’ creating the opportunity for social sharing.

In total, the campaign saw 2,797 interactions (where someone had chosen a side) across the week, with 5,594 minutes of gameplay. This constitutes 68% of the total time that both shopping centres were open, a great testament to the popular appeal of the campaign.

With a new ‘Un-limiting’ product to promote, Virgin Media were looking for platforms that could go beyond the usual advertising media boundaries. Our classic portfolio provided the ideal solution, enabling extended break outs to be added to both our Adlift and Banner formats, taking the visual appeal beyond the standard allowance and creating an entirely new campaign effect. 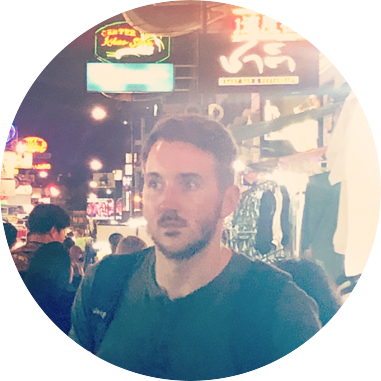 "Shoppers flocked back to shops to snap up their gifts over Christmas - a trend present throughout 2022 and one tha… https://t.co/VqYQNA15Y8

Any opportunity to physically engage with our audience in the real world allows us to build a deeper connection. Sh… https://t.co/PIlsmiXNVb

🪂 A Sky High Campaign 🪂 The sky really was the limit for L'Oreal's Sky High mascara as they dominated our innovati… https://t.co/CNWOuipyC9

Play with the senses! 🌸 Sight, sound & scent can arouse strong positive emotional responses as past memories are ev… https://t.co/BccDY9oY2w

Your subscription has been confirmed. You have been added to our
contact list and will hear from us when we have new updates.

Meet the Team
Get in Touch